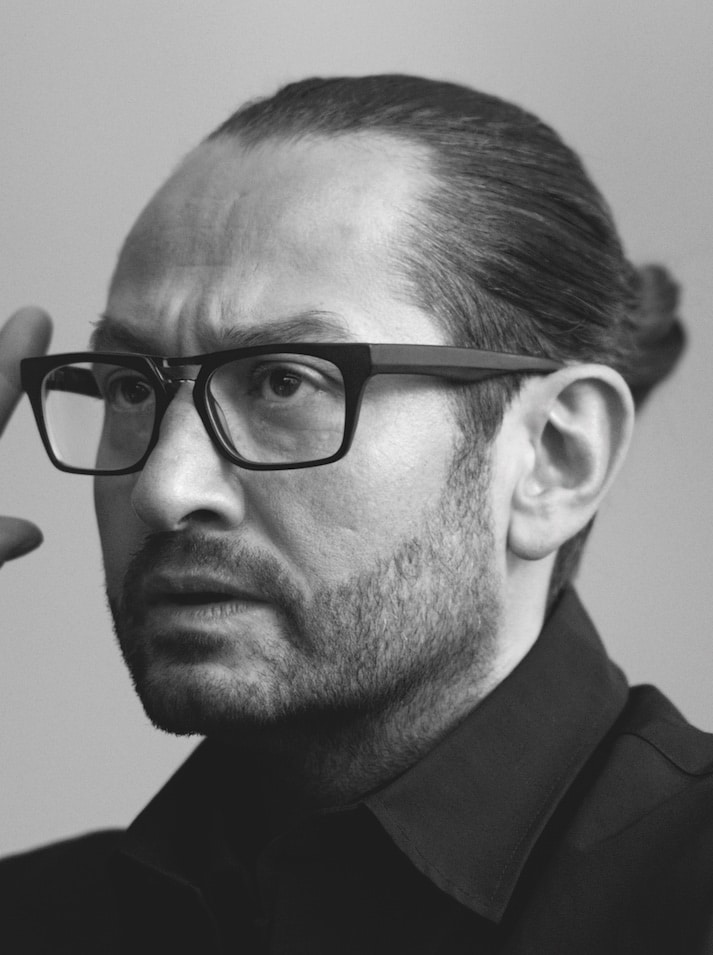 “My obsession with hair is the starting point of an often excessive creativity. I like opulence.”

What country are you from?

I am from Austria.  I reside in Salzburg.

Title of what you do and/or what company.

After high school I took an apprenticeship to become a hairdresser.  I completed my training as a master. During my time as an apprentice I started attending championships and won more than 100 awards until I finally won the World Championship in addition to numerous Grands Prix victories. After that I was the best youth trainer for three years. The World Championship was the “ticket” to where I saw myself from the beginning of my career path.  I wanted to become an artist for workshops and creating shows on big stages in the beauty industry.  In 1996 I opened my own salon, where I have been striving for the best service, quality and innovation ever since.

What is your signature style/ artistic expression to your work?

My name stands for extraordinary and visionary hair concepts, collections, multimedia shows and presentations – regularly with a very artistic, avant-garde touch.  I always think in BIG PICTURES. Whether a shoot or a show, it’s never “just” about the hair for me.  My obsession with HAIR is the starting point of an often excessive creativity. I like opulence.  I like to design for  very big stages.

For shows for example it all starts with the hair concept and expands to the music, fashion, makeup concept, background images, choreography and models.  In my head, the overall staging can be pictured as a total concept always starting from the hair.  When it comes to creativity, I’m like a director.  I have an image in my head, then look for creative artists who are skilled to implement this idea adding their own touch of creativity.

What is the first creative project that you remember?

It was a project called “COLORCUT 531”.  I started it in 1989 and completed it in 1994.  There were three people involved; the client, the photographer and myself.  We created hairstyle pictures with one head over five years and then made an art exhibition with the results.

What is the most fulfilling job you’ve worked on or a person you have worked with?

Actually, it’s always what I’m working on at the moment that makes me happy.  I am very grateful that I have been working in the scene for so long and have had many large challenges. I am especially proud that I have worked as an artist for GOLDWELL from the beginning of my career.  As Global Brand Ambassador for Goldwell for US, Canada, China, Taiwan and Singapore, I have done shows and workshops in around 40 countries worldwide.  I have done gigantic shows at many Goldwell Global Zooms and I am very grateful that I still get amazing feedback from the audience even after so many years in business.

For me, the 2012 Alternative Hair Show at the Royal Albert Hall on the theme “Legends of Alternative Hair” was also a big highlight.  We made an image campaign for it.  Last year we had two big anniversaries where we created a collection called “Garland & Tinsel”. The video was nominated for the AIPP Awards in the best video category.  We also launched a big virtual exhibition on www.mariokrankl.com.  It consists of many spectacular 360 degree tours throughout my career.

Do you have a career turning point, big break or person that has helped your career?

My big turning point was when I met my wife in 2007.  She has become my biggest critic and supporter.  She has my back, runs the office, is the contact person and organizer.  She does graphic design and implements our unique visuals with our visual designer Alfred Loch and has implemented our truly stunning homepage.

What was your scariest and proudest moment in your career?

My really scariest moment was when I got a brain hemorrhage on stage at Top Hair Trend & Fashion Days in 2011.  After finishing the show, I went to the hospital because of a massive headache.  They discharged me, I got on a plane, did another show under almost unbearable headache until I called the ambulance 48 hours after the actual incident because I saw stars in front of my eyes.  They did a brain CT and from then on I was not allowed to move and was in intensive care for three weeks.

I don’t like to talk about that time in my life but I feel like I need to.  When it comes to a big career the truth is that too much focus on work life balance won’t get you to the top because hard work is the key to get to the top and stay there.  I need to say this:  If you love what you do, work as hard as you can, but by all means do not ignore such fundamental warning signs as they were given to me then.  At that time I was very scared and I didn’t even know if I would ever go back on stage again.  Thank God I overcame that fear, because probably the greatest shows of my life came after that incident.  I am especially proud of the big opening show of Goldwell Global Zoom in Vienna.

What is next for your career goals?

For now, we are grateful to have temporarily survived the pandemic with our salon.  We pray for peace in Ukraine and in the world.  Of course, in my head I am already planning another collection. The concept is already there!

What advice would you give to someone starting out in your business?

To be open, not to forget the fun about the job, to work hard, to remain humble, to be loyal – even if this is not always easy, always be open to learn new things, never to be too good for the base of our profession and not to forget how valuable our profession is to our clients. 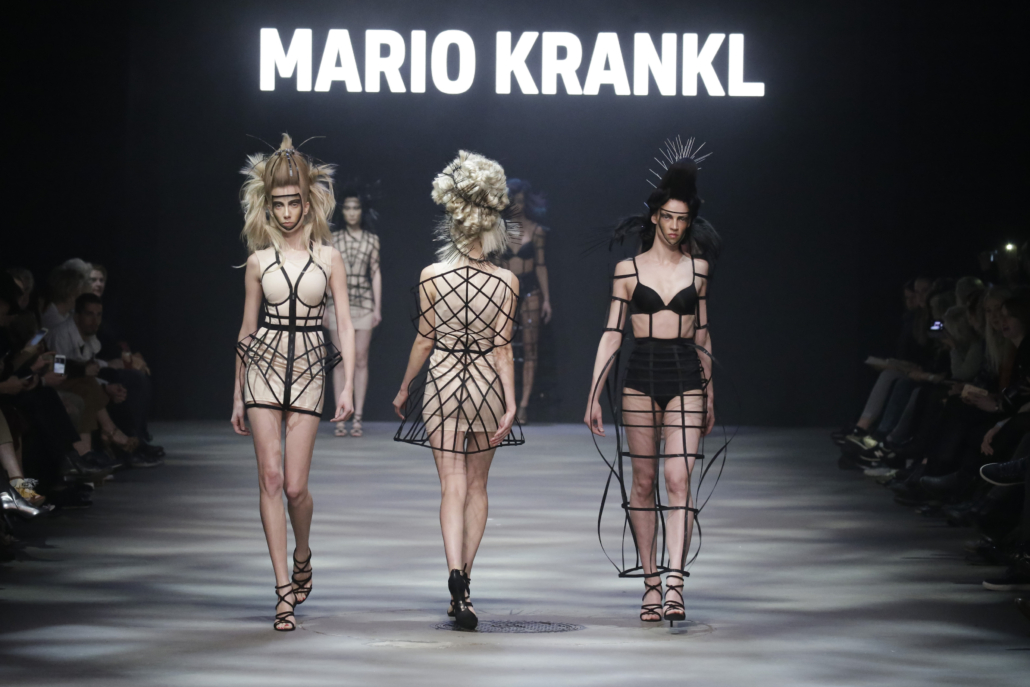 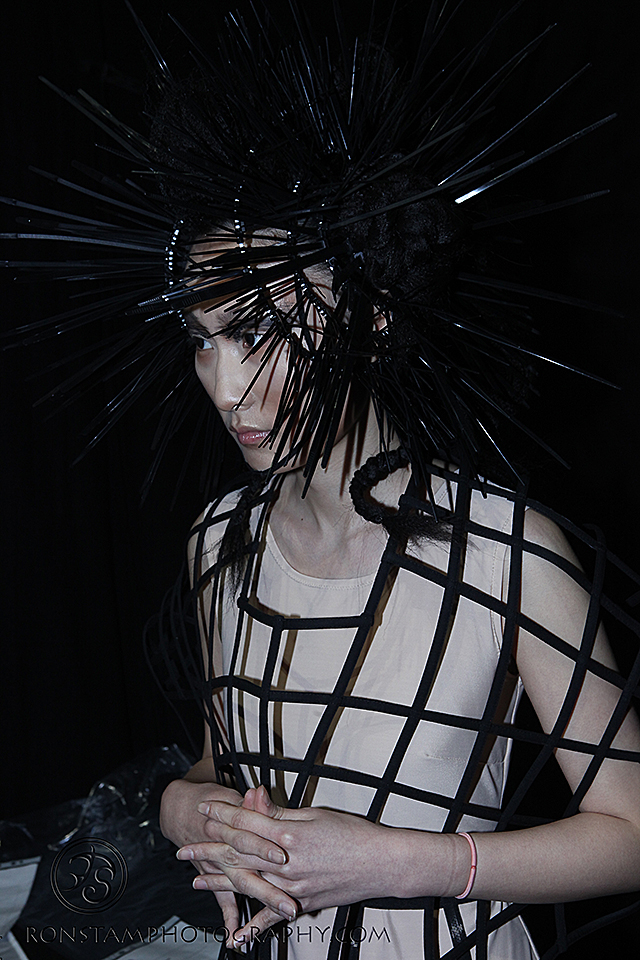 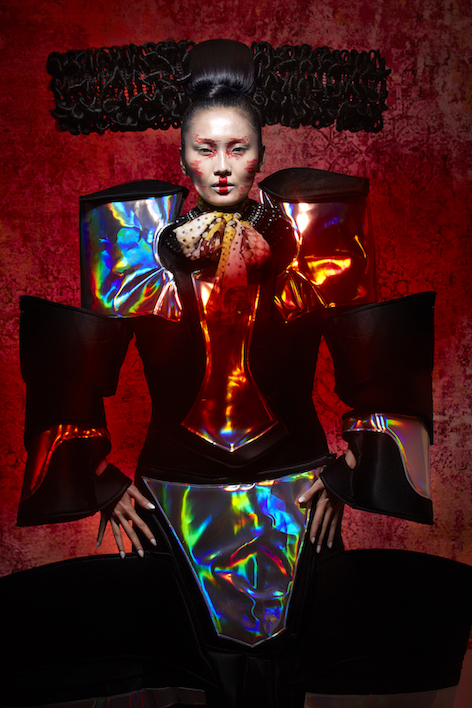 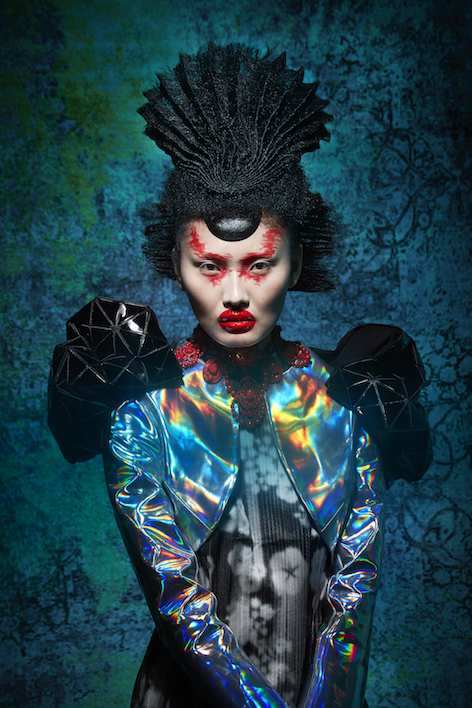 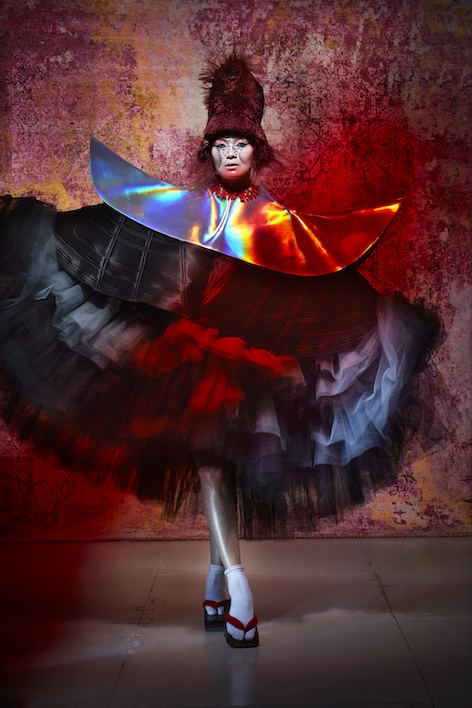 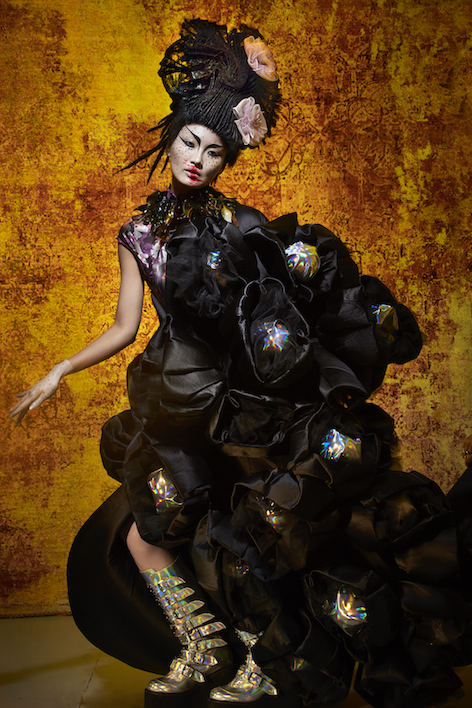 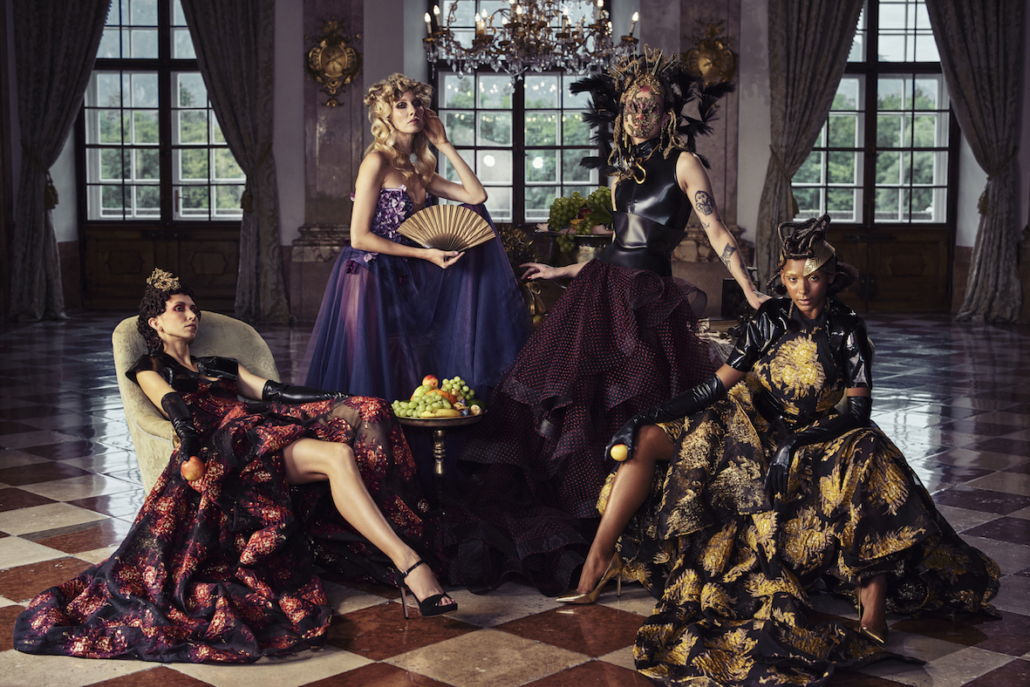 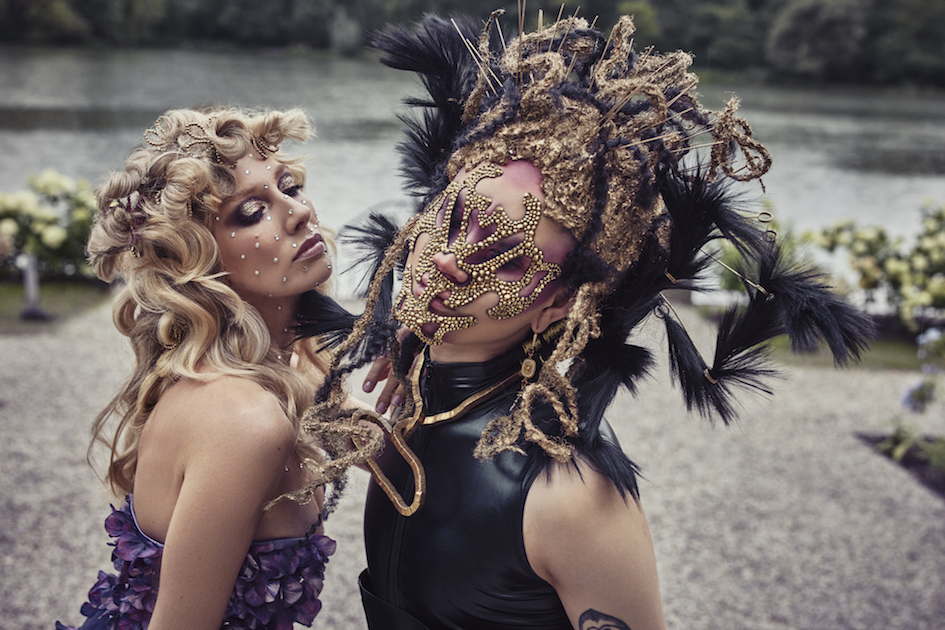 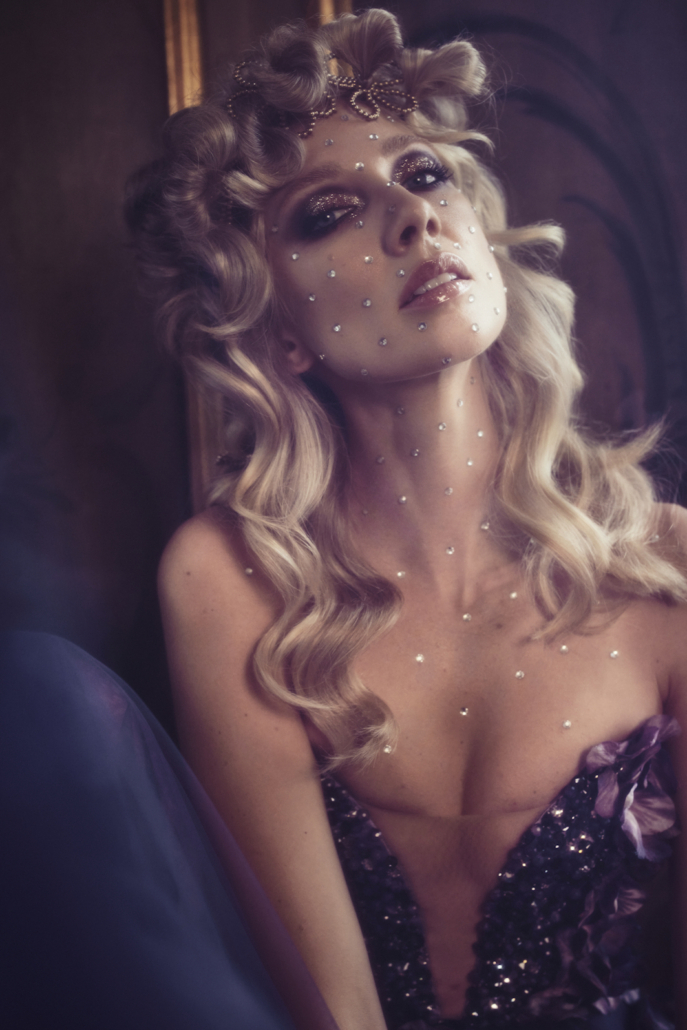 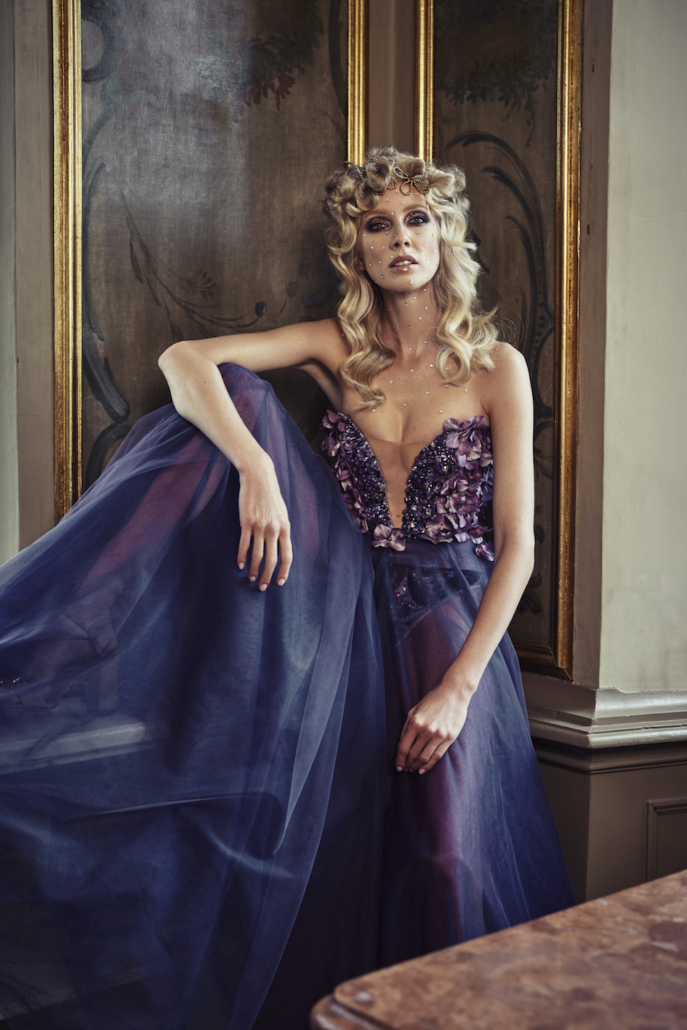