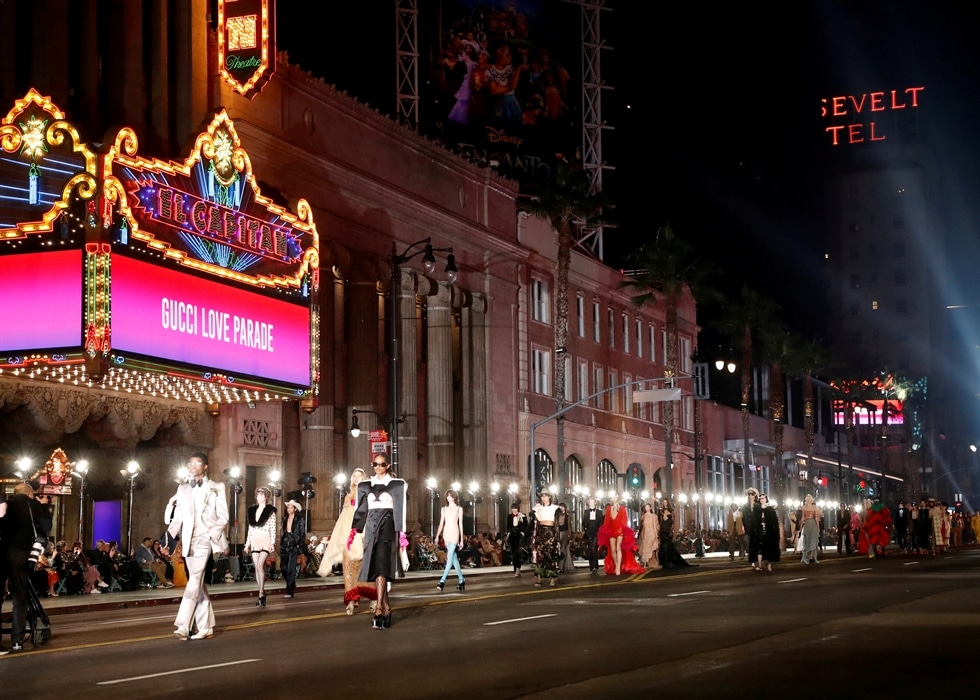 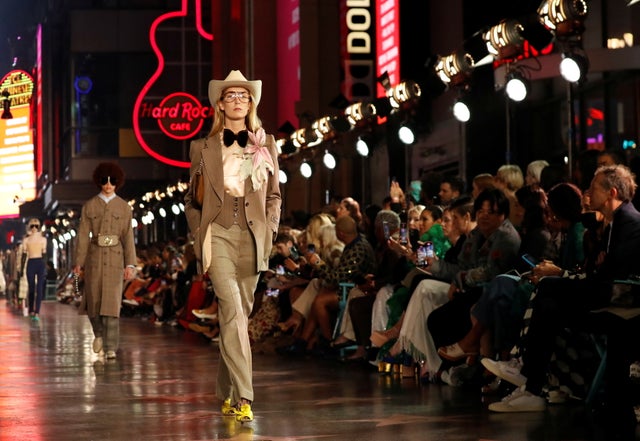 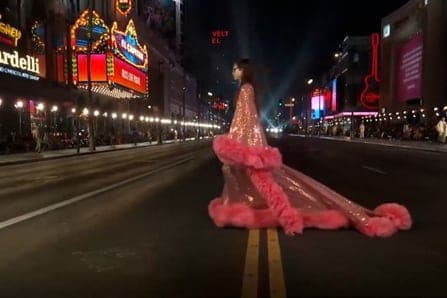 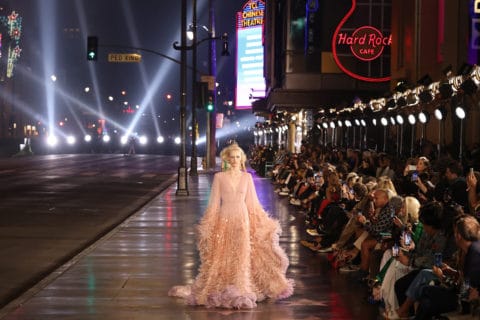 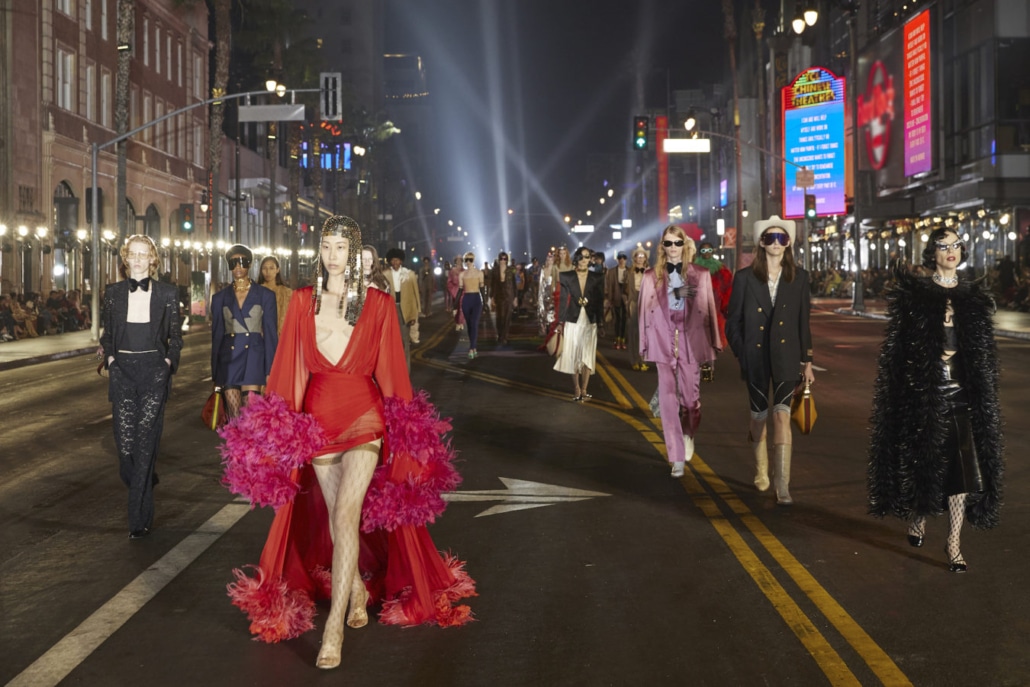 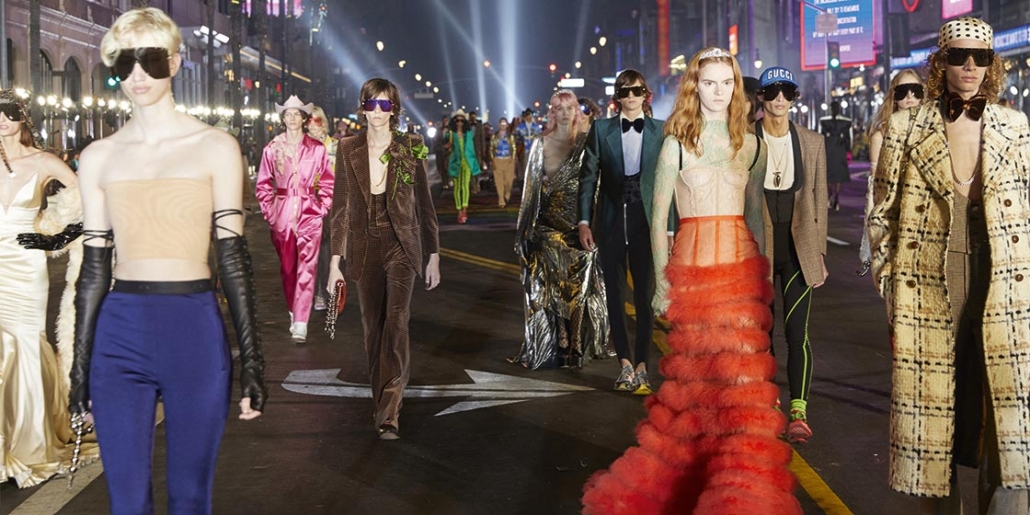 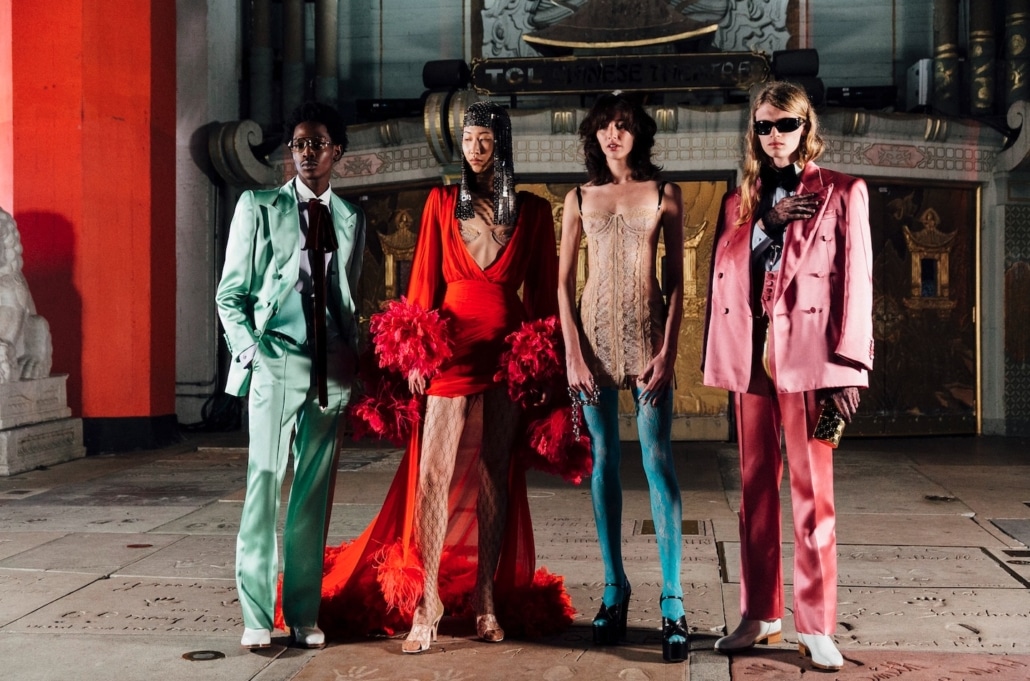 Walking down the streets of Hollywood Boulevard to Björk soundtrack, the “Gucci Love Parade” felt like a classic cinematic fantasy.

Creative Director, Allesandro Michele has always been whimsically inclined towards the crossover of fashion and cinema. His idea of the future of fashion is about defying norms, standards as well as stereotypes of the society. Inspired by similar beliefs, Gucci’s recent collections have been season-less and ungendered.

Pastel blouses, robes and gowns for both men and women and masculine tailoring for all were major highlights from the LA show. Various classic elements were also noticed from the 1970s ranging from bondage inspired tightly fastened gloves and latex tops to lingerie inspired costumes including sheer gowns and fishnets. On the contrary, American contemporary cowboy icon was the idea behind various other looks that are being predicted to be a huge hit on the retail front as these pieces added commercial desirability to the collection.

Other sources of inspiration ranged from pop culture to fashion icons like Marilyn Monroe, Rita Hayworth and Veronica Lake. Incorporating celebrity cameos and non professional models to the show in order to aim at body diversity was another element that enunciated the idea of breaking societal shackles.

Taking advantage of digital innovation, following the LA Show Michele addressed press all over the world through a 30 minute online press conference as many members of media across the globe couldn’t make it to the show due to prevailing Covid travel restrictions.

The Indian Ritual of Champi